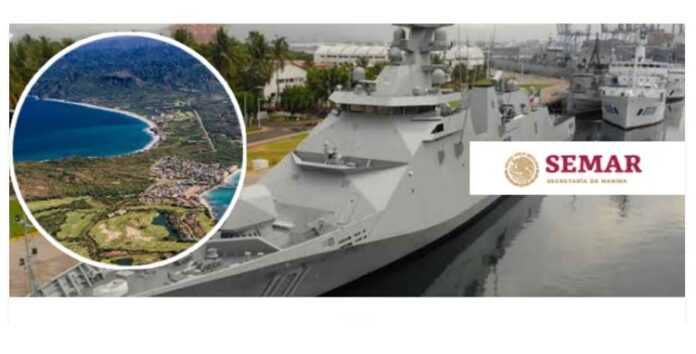 After almost five years of negotiations and paperwork, the National Fund for the Promotion of Tourism (Fonatur) has donated a four-hectare property on Litibú Beach in Punta de Mita to the Secretary of the Navy of Mexico, for the construction of an advanced naval station.

100 million pesos will be invested in the project, which will be financed, in equal parts, by the state, the municipality and the Punta Mita Business Association (ADEPM).

According to Adalberto Moreno Benavent, the director of ADEPM, the association brings together 50 of the highest level companies in the tourism and hotel industry with investments in the coastal municipalities of Bahía de Banderas, Compostela and San Blas in Nayarit.

The Advanced Naval Station, which could be in operation by the end of this year, will serve as a link between the Naval Zones of San Blas in Nayarit and Puerto Vallarta in Jalisco.

There is also information to the effect that two additional pieces of land have been donated on which an ENSAR, a search and rescue unit, will be built. There, the Mexican Navy will have personnel and vessels with the capacity to help boats that have problems in the waters north or south of Punta de Mita.

These strategic stations will be used for the protection of the population and for anti-drug trafficking activities. The resources of the three parties will be deposited in a trust, which is already in its final process in order to receive them and be managed to begin construction.