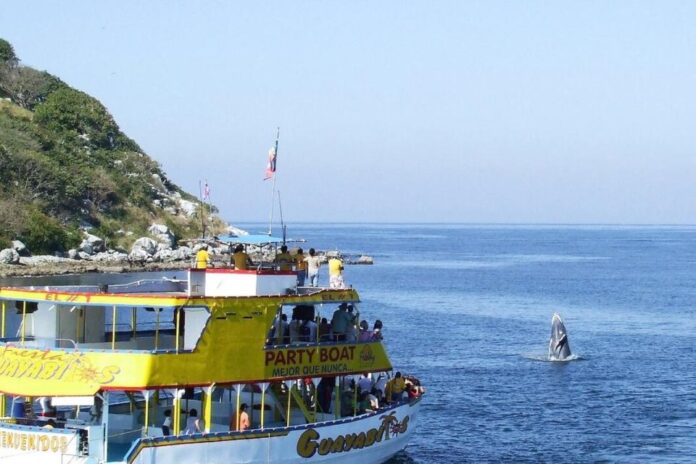 Elements of Citizen Protection and Firefighters of Nayarit, rescued this Friday afternoon 21 people who were aboard a boat for tourist tours in the town of Rincón de Guayabitos, which suffered a capsize after the impact of a wave, resulting in injury to a male.

The crew members were promptly rescued by lifeguards who were in the beach area, who requested medical support to help those affected. Upon being assessed, only one male was reported with injuries to the left grill as a result of the fall, which was taken to the emergency room for prompt attention and care.

Those who were on board the boat and witnesses pointed out that the boat was going out to sea but that a wave turned it over, so thanks to the reaction of the lifeguards and bathers, its rescue was achieved.

The boat known as “Fiesta” only suffered damage to the structure and some mechanical damage after the entry of water.

The boat already in a deep zone although there were waves, as it was going to its full capacity when it was shaken by a strong wave, it ended up turning over completely.

There were 21 people on board, who immediately began to swim or clung to the sinister boat. Some wore vests, others did not.

Fortunately, Civil Protection guards immediately came to the rescue in another boat and took the people to the beach.

All were fine, except for one man who developed severe headaches and was taken to a hospital.