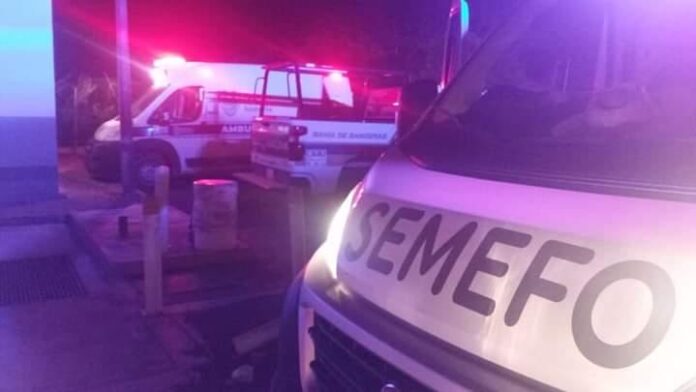 Heavily armed and hooded individuals broke into a home in the community of Litibú in Higuera Blanca, to shoot repeatedly and take the life of a sixty-year-old of expat, and beat two women before fleeing the place in an unknown direction.

The crime was perpetrated at midnight this Friday, in a house located on Jardín Street at its intersection with Loma, where elements of the Municipal Police went, after the 911 report, in which detonations of a firearm were reported. fire and injured people, meeting the scene and proceeding to cordon off the place.

When interviewing one of the females who claimed to be a partner of the now deceased, she stated that suddenly the dogs inside her property began to bark, so the male went out to the balcony to find out what was happening, he asked her to go get an air gun that he had kept. Being scared, she ignored him, and seeing that her life was in danger, she hid in a closet, only to later hear the shots and the movement of various pieces of furniture.

When she left, she realized that her husband was lying on the floor covered in blood, and she managed to see that two more subjects were leaving the room, wanting to run to help him, a man with a touch machine intercepted her, who hit her in the stomach and back, as well as trying to put a plastic tape on her mouth, however, she managed to get away and run to the garage.

Being chased by one of the aggressors, she managed to get to safety and ask the neighbors for help, seeing how they were angry with her 62-year-old mother and beat her asking her about money, and then fled in an unknown direction, leaving the poor woman lying.

In support and to provide security, units of the State Tourist Police arrived, as well as elements of the Criminal Investigation Agency, who were in charge of filling in the records and gathering the evidence, for the beginning of the investigations.

The body of the deceased was later lifted by the Expert Services to be taken to the SEMEFO facilities where the law autopsy would be performed and then handed over to their relatives, while the women were given medical help on the spot. .