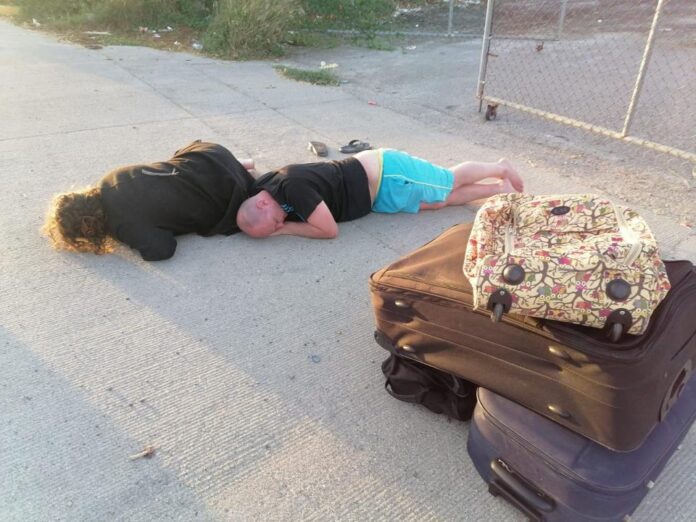 A couple of Americans ended up lying on the pavement on the side from south to north of the Riviera Nayarit boulevard at the height of the Flamingos subdivision in Bucerías, after a fight and discussions in a completely drunken state, they were arrested for violating public decency laws of the government of Bahía de Banderas.

According to the facts, when the elements of the Road Police circulated around the place, this Tuesday morning, a private security element stopped them, pointing out that a man and a woman were physically attacking each other, for which They quickly descended from the unit to separate them and mediate the situation.

When trying to talk, the couple continued to hit and insult each other, so the elements asked for support from the municipal police, the S-113 unit going to the site, who made them available to the administrative courts in Valle de Banderas for the administrative fault for causing any inconvenience or damage to people or their property.

It transpired that the couple was already leaving the destination, however, its seems they had to much to drink before their departure, which caused a discussion that came to blows, ending with both of them in jail.