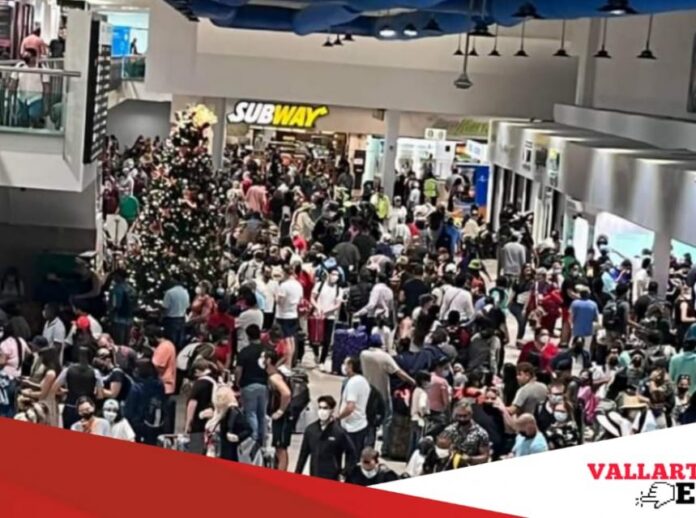 In the days of arrival for dozens of flights in a few hours, the terminal of the Puerto Vallarta International Airport has been saturated with passengers, who make huge lines to get out of the migration modules, which have already received more personnel, but still receive more people than they can handle.

In the same way, the facilities are filled to document and board by those who are already on their way to a flight, with a waiting process of up to 2 hours when there is too much demand.

In this regard, Grupo Aeroportuario del Pacífico (GAP) has recently announced that its plan to expand the Airport and build a new terminal for more passengers is underway as planned. And this will have an investment of 4 billion pesos.

For his part, a few days ago the hotel businessman Jesús Carmona criticized GAP for lacking credibility because “they have been expanding the airport for 10 years”, without showing progress, when this work is urgent.

It is important to note that air tourist traffic has increased exponentially in Puerto Vallarta in recent months, to the point of reaching levels very close to those of 2019, so tourism recovery is a fact.

In 2023, visit the “Hidden Beach” on the Marieta Islands in Nayarit, Mexico