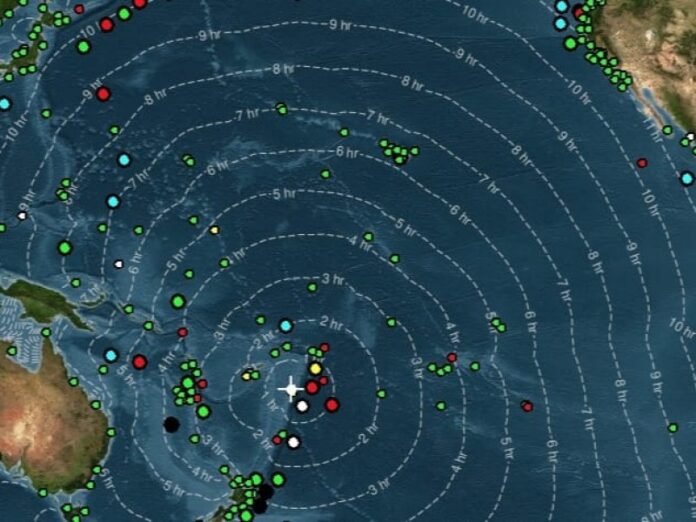 A strong eruption of a marine volcano on the island of Tonga has caused changes in sea level in much of the Pacific, including the Mexican coast. The Tsunami Warning Center indicated that strong currents will be present.

After the alert, authorities monitor the coasts, in case of anomalies, so they recommend boats and the population of coastal areas to exercise caution.

In this sense, users on social networks have shared images in San Blas, Nayarit, where they assure that the sea was traveled several meters, in addition, the sea level increased in the marina area.

Below are the tide records in the following ports of the country:

The submarine volcanic eruption in the Pacific unleashed panic on the Tonga islands this Saturday, with a tsunami that caused waves of 1.20 meters in Japan and generated alerts on the west coast of the United States and Chile, even some countries have suspended activities maritime, as is the case of Ecuador.

For their part, Civil Protection Authorities in the State of Baja California Sur announced that due to the eruption of the submarine volcano, will result in sea currents on the Mexican Pacific coast, so the communities in that area should be informed.

The Port Captain in Cabo San Lucas, Alberto Valerio Verduzco, announced that as a result of this event, the presence of strong currents, extraordinary waves in docks within the ports, bays, docks, and beaches of the Mexican Pacific was estimated.

In social networks, they reported what happened and that is that the Mexican Navy notified that based on the characteristics and location of the event they would not expect significant variations in sea level on the country’s coasts.