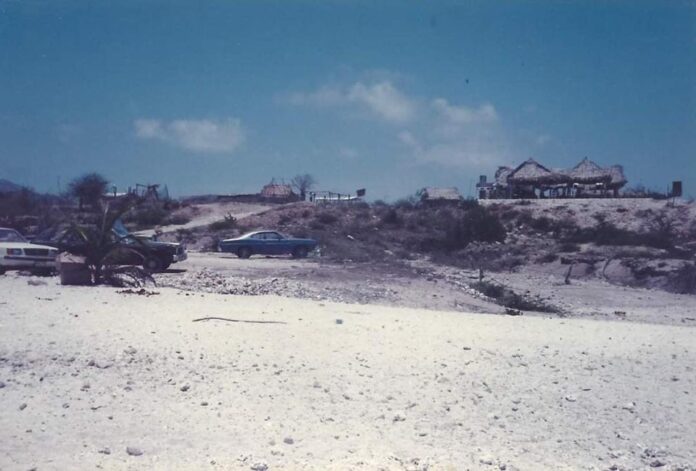 Eduardo Gómez Encarnación, the chronicler of the municipality of Bahía de Banderas, recalled the etymology of Punta de Mita, a small peninsula with a rich history, today converted into an ambitious tourist development, a site that Governor Miguel Ángel Navarro also intends to change its name to, for that of Punta Nayarit.

“The word Mita is Nahuatl, there have been several interpretations of it: one that comes from Mictlán, which is the underworld, related to the origin of men in the current fifth sun; another is Mita, which also means arrow, which may be due to the shape of the point that juts out towards the sea; another one is given by the chronicler Carlos Munguía Fregoso, who refers to the salary, for the payment that was given to the indigenous people for pearl diving there ”, he highlighted.

Professor Gómez Encarnación recalled that the important town of Tintoque was located at the point where the Four Seasons hotel is today, dedicated to navigation, metallurgy, pearl exploitation and the dye snail; after the arrival of the Spanish, it disappeared around the year 1690.

The oldest document where the name of Punta de Mita appears is dated 1797.

“It appeared for the first time around 1797 on a map ordered by the Márquez de Branciforte Viceroy of New Spain, the lieutenant Juan Matute, who was in charge of the San Blas area, he raised the plan of the Bay of Banderas and there it appears Mita’s tip. Previously, in the list of Compostela in 1584 and another map drawn up by some French in 1699, it appears as Punta de Tintoque ”, he pointed out.

In 1874, the United States drew up a topography of the coast of California and Mexico, in whose technical documents Punta de Mita also appears.

The historian said that the lands of Punta de Mita after belonging to the towns of Tintoque and Pontoque, with the conquest, passed into the hands of Alonso Castañeda in the jurisdiction of Compostela.

Later it was part of the Hacienda de La Peñita de Jaltemba and by 1890 it was owned by the Romero de Guadalajara family, until the Ejidal distribution.

In 1973, with the creation of the Bahía de Banderas Trust, its land was included in said housing and tourist development, attracting important companies and hotel chains.

A whole story with the name of Punta de Mita, which the current state president wants to change.