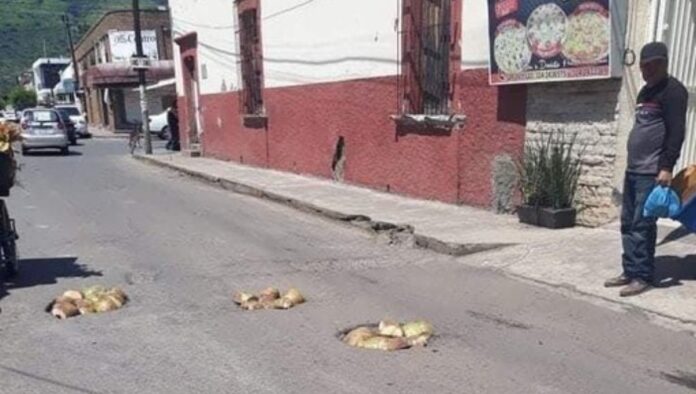 The images showing coconuts as a temporary solution to put an end to the problem of potholes in Nayarit have gone viral on social networks.

In the municipalities of Ixtlán del Río and Ahuacatlán, in Nayarit, citizens decided to take the problem of potholes into their hands by providing a solution to avoid accidents in the area, as they covered them with coconuts.

According to the testimony of residents of Ixtlan del Rio, it was due to the lack of attention from the authorities that they decided to devise a temporary solution to put an end to this problem by covering the holes in the street with some coconuts.

Local media have indicated that the formation of potholes in these towns is due to the heavy rains that have hit Nayarit, although residents have reported that they have talked to the local authorities and have not received a response.

Citizens assured that the repair of the potholes has been prolonged because the current government is about to leave office; however, they made an attentive call for the new authorities to take action on the matter.

According to local media El Regional, this is not the first time that residents have used coconuts to cover potholes and assured that they will continue to fill up the holes until the local authorities solve this problem.

These are the most LGBT+ friendly destinations and hotels in Mexico

Nayarit will no longer use the Puerto Vallarta Airport, they will bring tourists from Tepic Airport