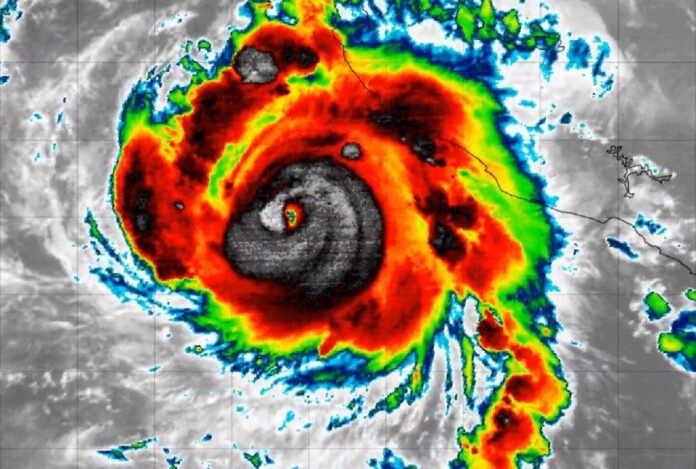 In less than 12 hours, Hurricane Roslyn advanced from category 1 to category 4. That means that, according to the Saffir-Simpson scale, Roslyn now has the potential for ” catastrophic damage ” and that there is “a high risk of personal injury and death ” due to debris and falling objects.

Roslyn is, with a cutoff at noon on October 22, 240 kilometers from Manzanillo, Colima, and 275 kilometers south-southwest of Cabo Corrientes. Conagua is projected to make landfall on Sunday, October 23. It will produce extraordinary rains in Jalisco, torrential in Colima and Nayarit, and intense in Michoacán.

Conagua warns that among the risks are the overflow of rivers and streams, overflows, and landslides.

Civil Protection has a site to consult the level of risk according to each population. In total there are 413 alerted municipalities that are distributed throughout 10 states. The map is constantly updated and, at the moment, it looks like this:

This is the predicted trajectory for Roslyn

The colors indicate different alert levels and different recommendations to follow. For the areas in red, it is suggested to have total protection. In orange the evacuation of risk areas is recommended, in yellow possible temporary shelters are prepared, in green state and municipal coordination and communication centers are installed and an inventory of material and human resources is made in case of emergency, and in blue only internal communications procedures are activated.

Hurricane season began on May 15. All of them are classified according to the Saffir Simpson wind scale. Broadly speaking, the scale is as follows:

Hurricane Orlene made landfall Oct. 3 a little farther north in roughly the same region, about 45 miles (75 kilometers) southeast of the resort of Mazatlan.