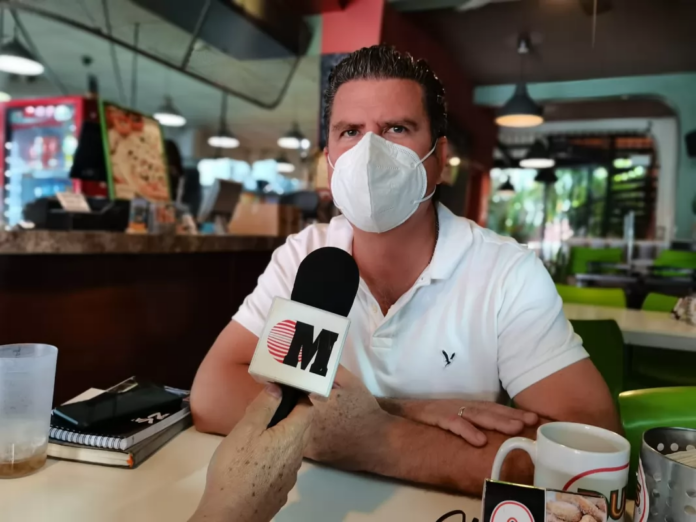 INSUFFICIENT SCHEDULE TO MAKE SALES… Without losing sight of the fact that the decision taken that initially represented a light at the end of the tunnel in which restaurateurs travel, the opening of two hours to attend to home delivery, was an insufficient measure to solve the needs in the restaurant sector, said the president of CANIRAC in Nayarit, Alfonso Aguilar Barr.

“The door was opened for two hours, for home delivery only, but in reality 80% of the restaurants, here in Tepic and in the state, we know that in the food company the sale is with alcoholic beverages, especially the seafood restaurants that there are many, go and what we presume here in Nayarit is the type of food and gastronomy of the sea, also the restaurants that sell cuts and other types of food preparation, which is accompanied with red wine and the glass, then The truth is, sales rose perhaps 5% due to that opening, but in reality, it was not forceful, it was not what was expected, in reality, what we restaurateurs expect, what we service providers expect is the opening of the sale of alcohol, obviously with the restrictions that exist”.

The sale of alcohol with food companies is what we really expect, we are open to continuing negotiating the number of diners, we understand that right now there was a lot of contagion, we know it was for the New Year and Christmas, etc. family that came from abroad to visit their relatives, friends, but well, we must also understand that the economy cannot stop, the economy is what provides sustenance for Nayarit families and it is important that it continues to be produced in all businesses because it is the way of life of many people and it is up to date”.

The president of CANIRAC in Nayarit acknowledged that, with this fourth wave of infections, the outlook is once again becoming cloudy in terms of maintaining the number of employees, since the restaurant sector is drowning with so many restrictions and low sales.

“Many restaurateurs are choosing, I think most are choosing to send their people to rest a day or two a week, plus the rest day, hours of work are being taken away from them because sales are very calm, too many Quiet, even even the platforms themselves, are being affected, so apart from the low sales that exist for the traditional January cost, now with this true closure of businesses, service until 10:00 at night, in service of tables, and without the sale of alcohol, it is 80% to 90% in many cases, that is, there are businesses, to give you an example that have 30 employees or 20 employees, because a restaurant provides a lot of employment, people are occupied in boxes , as a waiter in the kitchen, no administration, sales of 2 thousand pesos, 1,000, 1,500 pesos, imagine with 20 employees,25 with sales of 1,500 pesos, that is, it is practically more expensive for the business to have it open than to have closed, it is still open, obviously because of the hope that this weekend we will achieve something, that this weekend there will be a favorable response for the sector, because the truth is that the businessman is drowning along with his workers”, he pointed out.