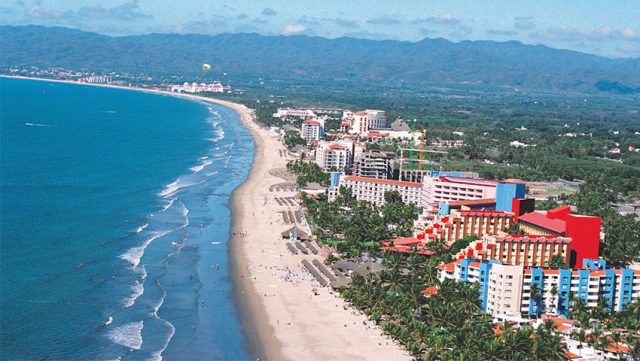 Riviera Nayarit rebounds in air connectivity, receiving an average of 363 flights per week, with a projection of 1,452 throughout the month. In large part thanks to the opening of Canada’s air borders and the increase in routes from the United States.

Thus, the Canadian airline WestJet restarts its flights as of June 5, with the Calgary route once a week. American Airlines resumes its routes from Charlotte and Chicago, doubles the frequencies of its Dallas route, with a total of 28 flights per week, and maintains the Phoenix and Los Angeles routes.

Likewise, Delta Air Lines and Southwest will continue with 28 flights per week. Alaska reported 22 flights, 6 fewer compared to the previous month. United Airlines is the airline with the greatest connectivity with 67 flights to the region from Houston, Chicago, Newark, Denver, Los Angeles, and San Francisco.

Likewise, Air Transat will resume its operations in Nayarit in the middle of this month and Air Canada will do so in September. National airlines like T.A.R. will continue to increase their flights with 25.7 more than in May. Aeroméxico and Aerolitoral will add 54 frequencies, as reported by Periódico Express.

During the first quarter of 2021, Mexico has registered the lowest influx of tourists since 2008 in the same period, however, this year its two main markets have been the United States with 75% of tourists, followed by Colombia with 3%. (Mexico: 75% of tourists are from the USA followed by 3% from Colombia).

According to the Migration Policy Unit of the Ministry of the Interior, in the first quarter of the year, tourists who arrived from the United States by air to Mexico add up to a total of 1.5 million travelers, which represents a market share of 75.2%. Likewise, in second place are Colombian tourists, with 58,416 travelers, displacing Canadians.