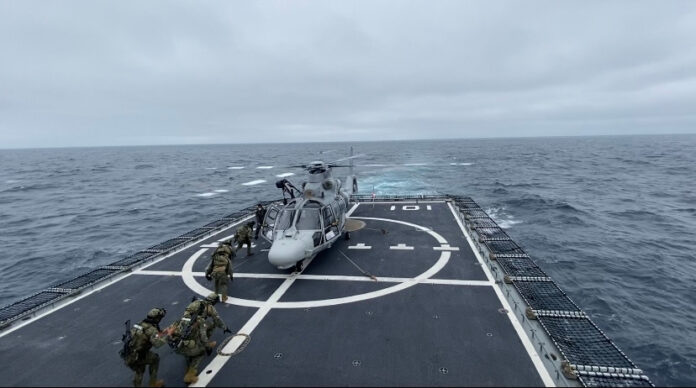 The arrival of the new head of the Naval Region, seeks to reinforce operations to reduce the crime of poaching and trafficking of prohibited substances

Sinaloa and Nayarit as of this date are part of the Eighth Naval Region, this as a result of the modifications of regions that have occurred at the federal level, an act that entails the breadth of the areas of responsibilities, reported Admiral Javier Abarca Martínez, during his formal visit with the mayor of Mazatlán.

The Admiral pointed out that the amendment to follow is the implementation of operations with maritime personnel to eradicate the illegal activities of poaching that is carried out in the closed seasons, detect the transfer of prohibited substances via the sea in various vessels, a crime that is not very common but they do not intend to neglect either, by land collaborating with the three levels of government with personnel assigned to the National Guard.

Among the actions to be implemented will be the review of tourism service providers, starting with the rental of tours along the coast, Abarca Martínez emphasized at this point that those who are not in optimal conditions will be suspended or otherwise sanctioned, this activity to start on Saturday.

“Right now we are in the transition stage of now assuming the attributions as a Naval Region, which are greater as a Naval Zone, a situation that has been taking place over the years but we are also attending to it in support of other authorities such as Conapesca and Semarnat” .

Although the presence of Admiral Abarca Martínez in the Eighth Naval Region is premature, he said that there are some indications of poaching in Topolobampo, he added that they are analyzing the situation to sanction in accordance with the provisions of the law.