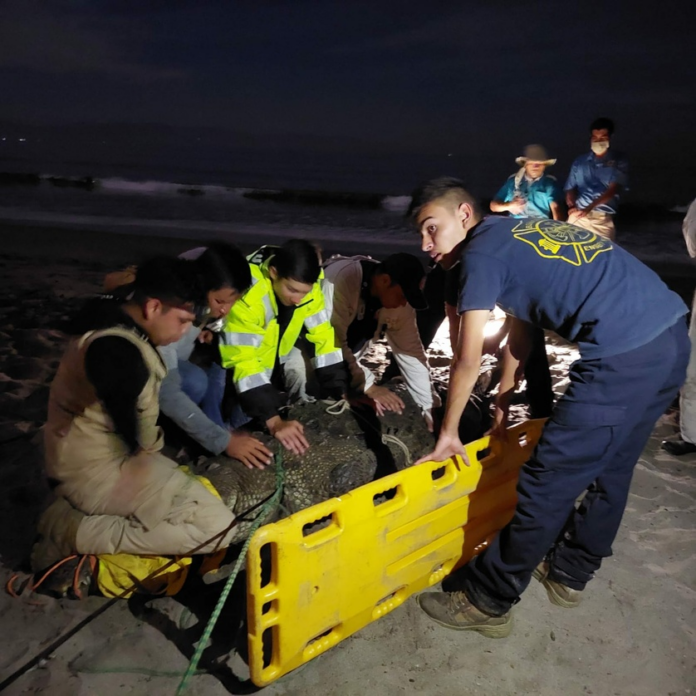 A crocodile with a size greater than 3 meters was seen prowling on the beaches of Nuevo Vallarta, on Saturday night. As he remained static in the sand, hotel personnel called 911 so that they could capture him.

This is how a specialized unit of biologists arrived on the scene and carried out the pertinent maneuvers to immobilize the crocodile, first tying the snout, and then the whole body.

The crocodile was then tested to see if it was in good health, and was then moved back to a safe habitat in the area, where it cannot be disturbed.

This crocodile, one of the largest in the bay, probably came from the mouth of the Ameca River or the Boca de Tomates estuary, where the largest remain in the bay.