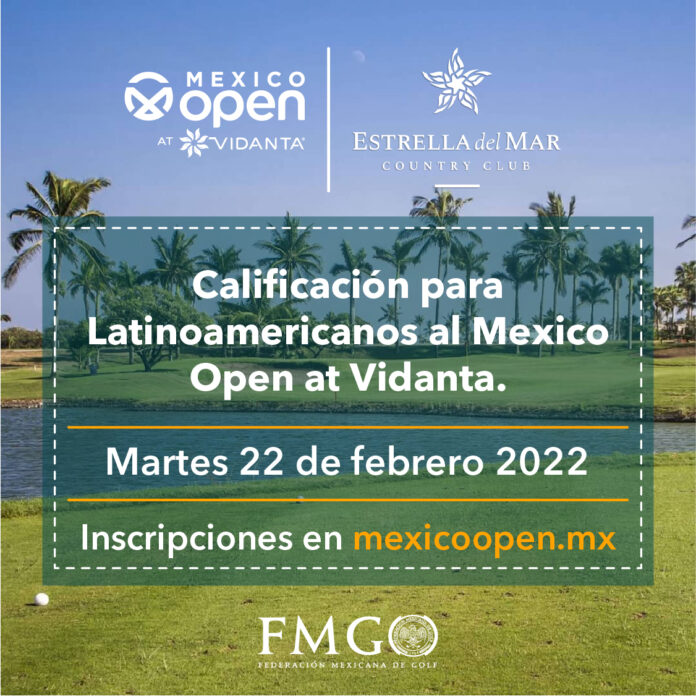 The Mexico Open at Vidanta hosts a qualifying tournament for Latin American golfers, which will grant an exemption to compete on the PGA TOUR

The Mexico Open at Vidanta invites Latin American professional and amateur players to participate in its next Qualifying Tournament, which will take place on Tuesday, February 22, at the Estrella del Mar golf course, in Mazatlán, Sinaloa, Mexico. The Mexico Open at Vidanta is the most traditional tournament in the country, the winner gets 500 FedExCup points and a purse of $7.3 million dollars

This is PGA TOUR Latinoamérica: Episode 8

The champion of this tournament will obtain an exemption to compete on the PGA TOUR, within the largest sporting and social event in Mexico and Latin America, the Mexico Open at Vidanta, to be held from April 28 to May 1, at the golf course Vidanta Vallarta.

“We are very excited to grant a second exemption to a Latin American player, thanks to this Qualifier,” said Rodrigo Suárez Gilly, Director of the Mexico Open at Vidanta.

“We want to take advantage of the fact that many players will already be playing the previous weekend at the Estrella del Mar Open, a PGA TOUR Latinoamérica event, and thus be able to give these great players another opportunity,” he added.

How to take part?

The field will be limited to 144 Latin American players, and their participation is subject to three ways:

This is how the tournament will be played

The tournament will be played under the stroke play format, 18 holes, will qualify the Mexico Open at Vidanta , the golfer with the lowest score. In the event of a tie, it will be resolved hole by hole.

Those interested in participating must register through the official website of the tournament: mexicoopen.mx The registration deadline is next Thursday, February 17, 2022.

For The Latest Mexico News About Living, Working, Investing, or Retiring in Mexico Please Join and Share our Page Click Here