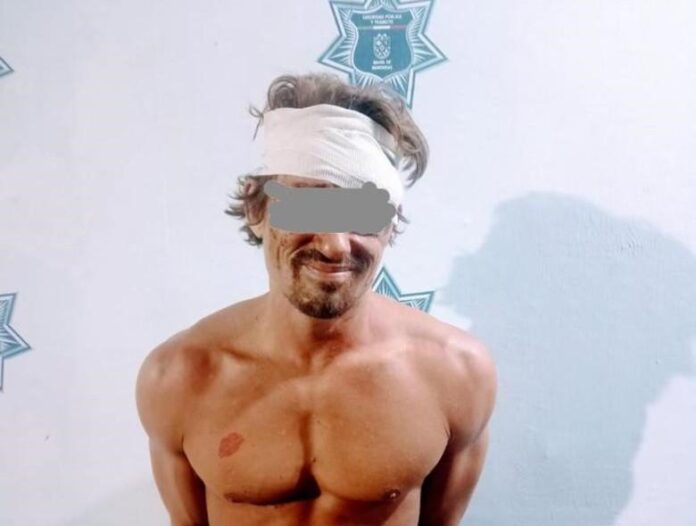 A strong collision was reported between two vans on highway 200, between the Tizate and El Guamúchil crossing, in which a person was trapped, who was immediately taken to receive medical attention, likewise, there were two other injured, who were cared for on the spot.

The events occurred after 7:00 p.m. this Friday, apparently, it was a Pickup-type car, in silver color that had been fleeing from an accident registered in Tondoroque and when entering the four lanes, it was going to Guamúchil, at high speed, he was unable to brake in a curve, colliding with the yellow truck, and then causing a 3 car pileup.

The emergency corps and ambulances of the Municipal Civil Protection unit and the State of Nayarit moved to the place to attend to the injured, as well as private towing services to remove the damaged vehicles.

So far, the closure of the road is reported, since paramedics and cranes are working to free the four lanes.

The Public Security Directorate of Bahía de Banderas announced this Saturday the arrest of Samuel Joseph of American origin, who was identified as the alleged person responsible for the accident.

The detainee was placed at the disposal of the Agent of the Public Ministry of Bucerías, for fleeing the scene of an accident, fleeing from police, injuries, and damage caused to third parties and will have to answer for the damage caused to three vehicles and for the injuries of a male who was trapped at the moment of impact.

According to the report, he fled from the Highway Police personnel who stopped him at the entrance to the four lanes to the town of Guamúchil, at kilometer 136 + 700. The Frontier-type vehicle, upon arriving at the 4 lanes, that merge in 2, from north to south and another from south to north, he changes lanes, speeds up, despite the fact that a Chevrolet brand van was coming in front, so he was hit head-on with said vehicle.

The officers aboard the S-120 unit immediately requested the support of the emergency units and proceeded to carry out precautionary maneuvers to avoid further accidents, at which time traffic was closed, realizing that a person was trapped on board. of the Chevrolet-type truck, who was immediately given attention.

The American was arrested, who was identified as the alleged culprit of the spectacular incident who was read his rights and was granted the possibility of making a call but decided not to do so.

He also mentioned that he would not sign anything, while in custody waiting for medical attention due to the impact.

For The Latest Mexico News About Living, Working, Investing, or Retiring in Mexico Please Join and Share our Page Click Here