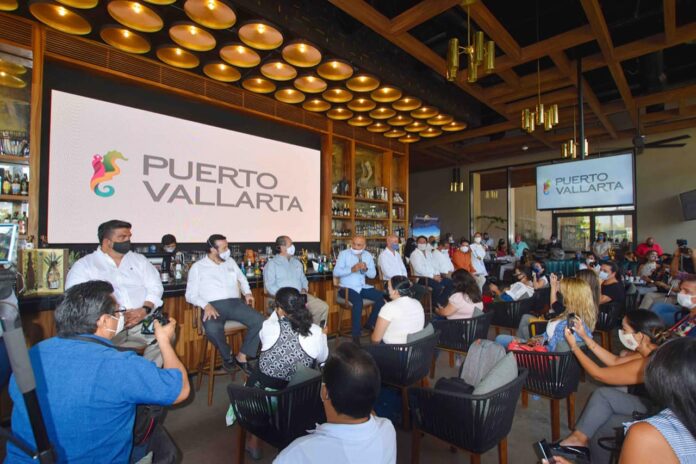 This year, the Vallarta-Nayarit Gastronomic event will have more than 50 guests among chefs with Michelin stars, mixologists, and more, so an economic spill from this international event of more than 30 million pesos is expected.

This Wednesday the press conference was held to announce the event; This would be its thirteenth edition and it has become a benchmark for the tourism industry and the motto will be:

“Reactivation of the economy.”

In this sense, one of its founders, Consuelo Elipe, mentioned that for this edition they were able to bring together more than 50 speakers, among them the best chef in the world in 2019, which is Daniel Soto-Innes.

In addition to this, there will be six invited states, the hosts that are Jalisco and Nayarit, but Coahuila, Chihuahua, Tamaulipas, and Guanajuato will also be participating and as a guest country Spain, but there is also a guest destination that is Paso Texas, among others.

It is worth mentioning that businessmen from the tourism sector who support this event every year were present at this press conference and for the first time the Secretary of Tourism of Nayarit, Juan Enrique Suarez del Real Tostado, who assured that they will continue to support this event, even proposed that they change the name to Nayarit-Vallarta Gastronomica.

On the other hand, Carlos Elizondo, also the founder of this event, pointed out that in 2019 more than 10,000 people were received an economic benefit of more than 60 million pesos. Last year, due to the pandemic, the event was hybrid and only 20% of people were allowed to attend, which represented over a thousand fourth nights, while in 2019 more than five thousand.

“This year we will surely be around 2,500 hotel rooms booked. The economic benefit will be around 30 to 35 million pesos since there will be more activities and there are more integrated municipalities such as San Sebastián del Oeste ”.

It is worth mentioning that this event will bring together chefs of national and international stature, where there are different workshops, dinners and exchange of gastronomy.