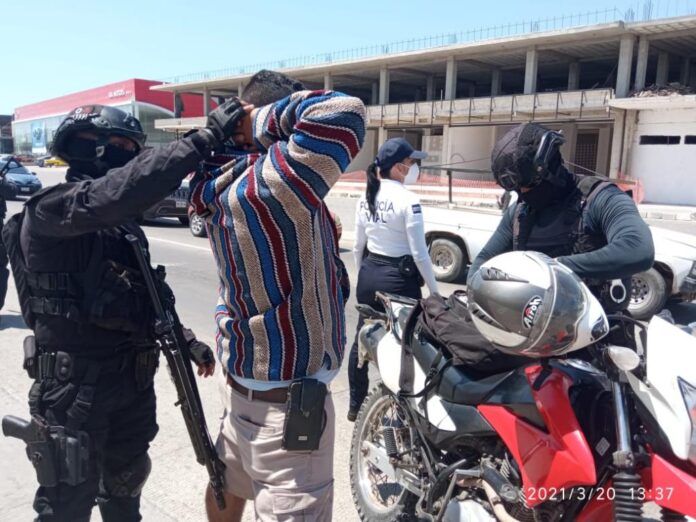 Due to the confrontation that occurred in the town of Guayabitos, municipality of Compostela, and in order to protect the main entrance to the port, by direct order of the Citizen Security Commissioner, Captain Fernando Viveros Hernández, a security filter was established on federal highway 200 at the entrance to Boca de Tomates.

The analysis indicated that possibly those responsible for said confrontation could have gone to the port, for which the filter was established in coordination with the following corporations: Secretariat of the Navy with 14 force elements in 02 units; State Police with 16 force elements and 04 units, Municipal Roads with 05 force elements and 03 units.

The State Prosecutor’s Office with 10 force elements and 04 units, as well as the B-65 ambulance for Civil Protection and Firefighters; doing random checks to find that they were carrying firearms or that they were involved in illegal drug trafficking.

People were asked in the most attentive way, to review their vehicle and belongings, always taking care to observe respect for human rights and after a brief questionnaire, they were allowed to continue their trip, but not before wishing them the best in the visit to the port.

With these actions, the Directorate of Citizen Security and Municipal Roads ratifies its commitment to ensuring the safety of streets and neighborhoods of the city, for the tranquility of its inhabitants and visitors.