Violence in Veracruz: Governor attributed the murder of 12 people to a self-defense dispute

The dispute registered during the weekend between two self-defense groups in the region between Las Choapas and Uxpanapa left a balance of 12 people dead, reported Cuitláhuac García Jiménez, governor of the federal entity of Veracruz.

Around 7:00 p.m. on Sunday, local authorities from Cerro de Nanchital reported the discovery of 12 bodies on a rural road near the town of El Amate. The bodies were bound hand and foot and bore signs of torture.

According to La Jornada, one version states that the victims were kidnappers who were part of a self-defense group, calling itself Los Vaqueros. The group was unknown due to “their bad practices” a few months ago by other self-defense groups in the region.

Extortion and huachicoleo, theft of fuel, were just some of the crimes that Los Vaqueros committed themselves to in the area. They would have committed a kidnapping in El Cerro de Nanchital a few days ago: it caused outrage in the area. Other self-defense groups, in response, began to search for them until they located and confronted them, unleashing the attack. 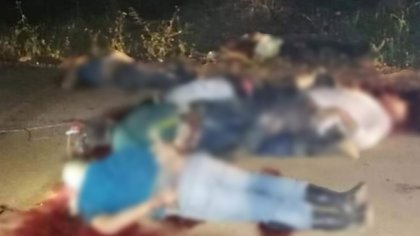 Cuitláhuac García Jiménez, governor of the state, confirmed this version. He pointed out that the massacre derived from the break between a self-defense group present in the region between Las Choapas and Uxpanapa (Photo: Twitter / @ LagarrapataS22)

Cuitláhuac García Jiménez, governor of the state, confirmed this version. He indicated that the massacre derived from the break between a self-defense group present in the region between Las Choapas and Uxpanapa: it would be made up of ranchers and their assistants.

“The abuses and threats between them caused a confrontation between them and had this unfortunate outcome. It should be very clear: justice can never be done by your own hand, nor will the commission of other crimes be the solution to problems between groups, ”the president said, according to the newspaper.

After the security meeting, held this Monday, the governor assured that he had already considered addressing the problems resulting from the multi-homicide that occurred in the south of the federative entity. “We will reinforce the area and we will not allow revenge, ” he said. Justice will be done and we will collaborate with the corresponding instances of both the prosecution of justice and the judicial power to which we will urge prompt and expeditious action

Review posts and permanent patrols were established as of Monday to find those responsible, according to a report by the Ministry of Public Security (SSP). 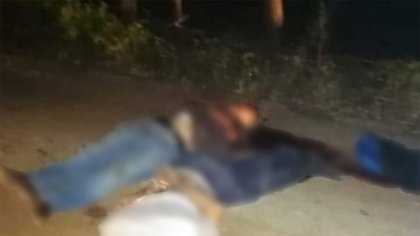 Extortion and “huachicoleo”, theft of fuel, were just some of the crimes that Los Vaqueros were engaged in in the area (Photo: Twitter / @ LagarrapataS22)

Police agents have been deployed throughout the municipality and surrounding areas, in addition to the security operation with the participation of the Civil Force, which performs overflights in the area. The SSP also has the collaboration of the State Attorney General’s Office (FGE): the corresponding investigation folder of the case has already been opened.

State authorities invited the population to report any crime to the emergency services through the 911 telephone line.

The southern area of ​​Veracruz is considered one of the most dangerous in the state due to the presence of various criminal groups that dispute control of the area that borders other states. 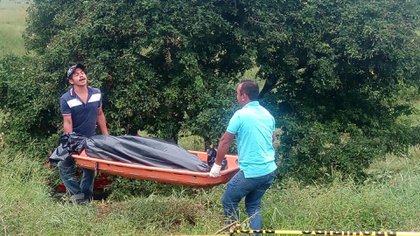 The southern area of ​​Veracruz is considered one of the most dangerous in the state due to the presence of various criminal groups that dispute control of the area that borders other states (Photo: EFE)

Veracruz has also been the protagonist of the most atrocious crimes attributed to the drug cartels. And it is that this entity, located in the Gulf of Mexico, is a key point in the distribution of drugs to the rest of the world.

According to absolute figures from the Executive Secretariat of the National Public Security System, in January 2020 98 people were killed; for February 100; March had 98; in April, a contingency month, there was a rebound with 116; then there was a drop to 90 in May, to rise again with the maximum in June with 142 cases; it decreased slightly in July, with 104; it increased again in August, with 130; September registered 92, while in November there was a slight increase to 104 cases.

To translate video from a foreign language:

You’ll see that the subtitles have automatically been translated into English. While everything won’t be translated with 100 percent accuracy, the whole idea is that you can at least get a rough translation so you can easily follow along.