Mexico is every day more bloodthirsty, the statistics say, but it is confirmed in the streets and in the news. More worrisome is that right now that bloodshed is happening in droves.

2020, a period in which Mexicans would achieve peace and tranquility, according to the authorities, was a year of permanent mourning. A year marked by the dead and by the fury of the murderers.

While the government of Andrés Manuel López Obrador pointed to the past with an index of fire, entire states such as Guanajuato, Chihuahua, Tamaulipas, Michoacán, Guerrero were left alone, they were sinking in the flames.

The civil organization Causa en Común, specialized in public security, carried out a count of the most atrocious executions in the period from January to November 2020. In it, it identified Guanajuato as the number one entity, with 352 atrocities committed.

The states with the lowest number of atrocity records were Baja California Sur, Yucatán, Nayarit, Campeche, and Aguascalientes. 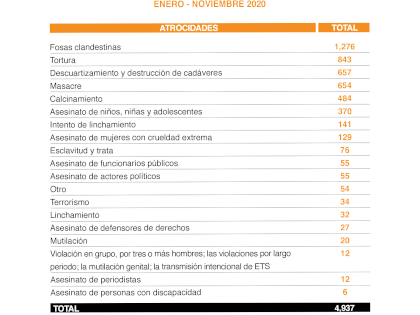 Thanks to journalistic reports, mainly from local media, the authors of this study found that between January and November of this year there were at least 4,937 atrocities nationwide, from murders of people with disabilities and lynching to the murder of minors and the desecration of corpses.

In the repertoire of atrocities appear the massacres, which according to Common Cause in eleven months of 2020 committed 654, that is, two massacres every day. 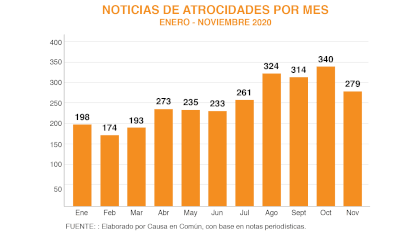 January 17, 2020. Chilapa, Guerrero. The long-standing conflict between drug cartels experienced a new chapter when a dozen people were executed and cremated. The dead were working in the musical group Sensation, which had played in a neighboring town when they were ambushed while traveling in two vans. The Guerrero Prosecutor’s Office blamed the crime on Los Ardillos, a local criminal gang that is also behind the deaths of community police officers.

Chilapa was the beginning of a year of sinister records. By November 2020, 654 massacres had been committed.

March was one of the most violent months, with 2,585 homicides. Not even the confinement caused by the COVID-19 pandemic could stop this brutal bloodshed.

On days of confinement — from March to May — in seven states, deaths were even counted by the hour. According to a figure from Lantia Consultores, 6,079 executions were committed. Some of those murders were committed in Guanajuato, where, in the worst massacre in the state, 26 people died from a rehabilitation center in Irapuato. 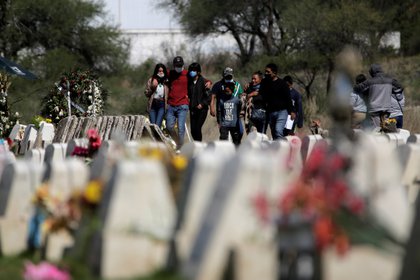 At least 26 people were murdered in a rehabilitation center in Irapuato (Gto) (Photo: REUTERS / Sergio Maldonado)

There is, for example, the case of seven people murdered in a beer warehouse in Reynosa, Tamaulipas, on March 30. The massacre was a new record, one more tragedy with which the country has breakfast.

In May, with 235 atrocious crimes, 12 people were found dead in a Nissan NP300-type truck abandoned in the limits of Michoacán and Guerrero, in western Mexico.

The unit, with Guerrero plates and a theft report, was allegedly abandoned in a breach in the municipality of Huetamo, Michoacán. The pan contained the corpses of a dozen civilians.

According to unofficial information, the massacre was the result of a confrontation between the Jalisco Nueva Generación cartels and the Familia Michoacana.

Photograph of a truck where twelve bodies were found in Huetamo, Michoacán (Photo: EFE / Str)

The war between criminal groups has raised alarm sources in Sonora, Colima, Zacatecas, Guerrero, Tamaulipas, and San Luis Potosí. The Jalisco Nueva Generación Cartel has shown its muscle in more than 20 states: it would have even dared to assassinate the former governor of Jalisco, Aristóteles Sandoval, on December 18.

In addition, statistics showed that while these crimes have decreased in 21 states of the country , they have grown in the other 11. Among some of the entities where crime decreased are Sinaloa, San Luis Potosí and Tabasco .

However, the official explained that 15 municipalities of the 2,465 existing in the country continue to account for 27.5% of the murders . These demarcations are Tijuana, Ciudad Juárez, León, Celaya, Culiacán, Cajeme, Zamora, Guadalajara, Acapulco, Chihuahua, Cancun, Irapuato, Ensenada, Salamanca and Morelia.

Therefore, Mejía Berdejo announced that the federal government will implement a comprehensive strategy to help reduce crime. Among the actions that will be implemented are to provide support to city councils and state governments , regulate commercial establishments with “black money” , investigate links with rehabilitation centers and increase patrols in neighborhoods with the highest incidence . 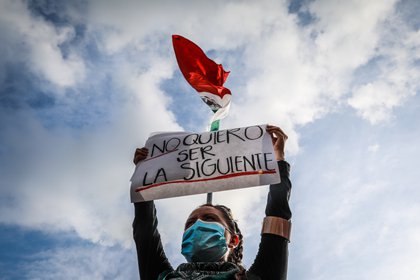 During November there was an increase in femicides compared to October. (Photo: David Guzmán / EFE)

Likewise, it is contemplated to combat drug dealing in the “little stores” , to dismantle the collection of floor, there will be a greater focus on police training , more social programs will be implemented and there will be meetings of the security cabinet in the municipalities.

The secretariat also reported 85 femicides in November , which represents an increase of 2.2% compared to October . With this data, there are already 888 women murdered for gender reasons in the year , a rise of 1.7% per year, with a rate of 1.36 femicides per 100,000 women .

The states with the highest incidence of this crime are the State of Mexico, Veracruz, Mexico City and Nuevo León , while in the rate per 100,000 women, the list is led by Colima, Morelos and also Nuevo León .

On the other hand, the agency presumed an annual decrease of 21.6% in crimes under federal jurisdiction , with 72,017 registered until October. Of the 11 crimes in this catalog, only those related to organized crime have increased by 46.7% .

He also highlighted a decrease in 15 of the 18 high-impact crimes , which include reductions of 37.2% in kidnappings , 23% in robbery from bystanders and 21.5% in total robbery.

AMLO hands out ambassadorships to ex-governors